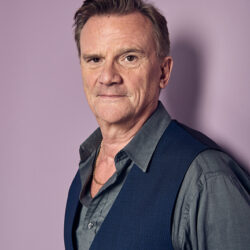 Nick Hamm began his career working on the London fringe where he was awarded Arts Council Director Bursary, which won him a spot as the Resident Director at London’s acclaimed, East-end Half Moon Theatre. He then went on to become a Resident Director at The Royal Shakespeare Company, focusing on new work with contemporary writers. Hamm’s critically acclaimed tenure at RSC spanned six years, where he directed plays in both Stratford-upon-Avon and London’s The Barbican Theatre. He worked closely with premiere theatre talent, most notably several works with Arthur Miller. He later went on to form The Saddlers Wells Theatre Company as its Artistic Director.