THE TELEGRAPH: Cocaine, Catastrophes, and Crazy Cars: the battle to make the John DeLorean Biopic DRIVEN

When Doc Brown turned a stainless steel DeLorean DMC-12 into a time machine in Back to the Future he made it the most famous car in the movies. Earlier this year Steven Spielberg celebrated the gorgeous vehicle with winged doors in his ode to movie memorabilia Ready Player One and now a new movie, Driven, the closing night film of the Venice Film Festival, takes a look at the man who lent his name to the winged car and discovers a beast.

The remarkable story of John Zachary DeLorean – in many ways the Elon Musk of his day – is recounted in Irish director Nick Hamm’s comedy drama starring Lee Pace as DeLorean and Jason Sudeikis as F.B.I. snitch Jim Hoffman who aided and abetted the car designer in a multi-million dollar drug smuggling operation.

It’s this episode that Irish director Nick Hamm focuses in the film but he could have chosen from many more, DeLorean’s deal with the Labour government in the 1970s to build a plant in Belfast, designing the all-time classic Pontiac GTO, or a biopic that was just about DeLorean’s ego: “He’s one of the first CEO’s that put himself as the product,” says Hamm. “He cultivated an image that was I’m sexy, I date models and you can own the car that I drive.”

What could possibly go wrong? Well it might have helped if he had built a car that wasn’t so terrible to drive and kept on breaking down because they used cheap parts; much like the man we discover in Driven, it was all surface pleasures and damaged on the inside. The film posits that when his dream car company was about to go bust, DeLorean saw dealing cocaine as his way to save the day

“I would say there is an honest guy that loves cars,” says Hamm about his depiction of DeLorean. “He was so deluded. Was he crazy enough to think that he was going to save a car company by making a cocaine deal, or was he trying to line his own pockets? I don’t know, that’s why I leave it ambiguous in the movie.” 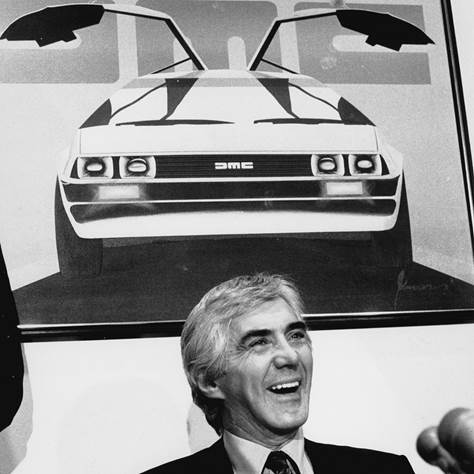 It was DeLorean incredible risk taking and deal making that first brought the Detroit born engineer to the attention of Hamm. “I’m not a car enthusiast,” says the director. “I knew who DeLorean was because I grew up in Northern Ireland and I was fascinated by this guy who convinced the then Labour government in Westminster to build a car factory in one of the worst areas of Belfast. Today, it would be like putting a factory in the middle of Beirut. It’s insane.”

It seems insane today, but governments around the world were fighting to get the plant with West Belfast beating out Puerto Rico. Labour offered a huge subsidy on the promise that 2500 jobs would be created in the poorest part of Northern Ireland. “Half the work force was Catholic and the other half was Protestant,” says Hamm. “They didn’t know anything about building cars. They were ship workers. They were building a product aimed at a market that was thousands of miles away.

“There were all sorts of problems and Thatcher was furious. When she was elected she wanted to close it down, but ran into the problem that it would result in lots of working class jobs being lost. Money was poured into it, something like £120 million.” 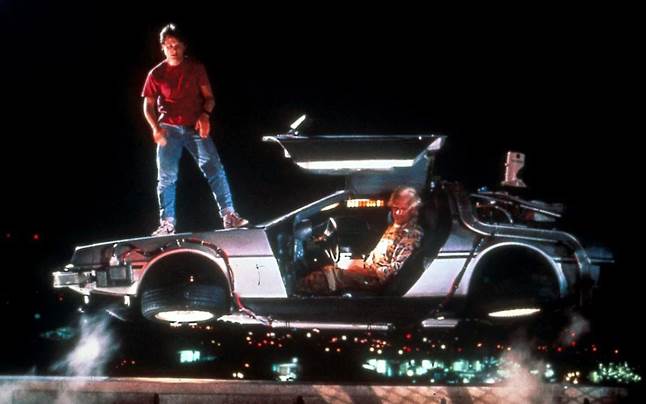 Hamm left this part of Delorean’s story out of Driven because wanted to tell a more sexy and fun tale about a man who owned an estate in New Jersey that is now a golf course owned by Donald Trump. The film takes place when DeLorean was living in San Diego, a house that he eventually gave to his lawyer as part of his payment for defending him in court:  “If you look back on our favourite movies dealing with that era, American Hustle, Blow, Boogie Nights, there is a spirit and style that I wanted to capture.”

The fun, showy style of those films aped by Driven is more akin to the lifestyle of DeLorean and his ego: “It’s hubris and when you deal with hubris it becomes fascinating,” says Hamm.

Driven begins with the FBI busting a drug deal linked to DeLorean, in a sting operation designed in conjunction with Hoffman. DeLorean’s defence relied upon the case being dismissed because of entrapment: “I think in this incident, in this case, the FBI entrapped him, but you never know. I sat down with DeLorean’s lawyer who is still alive, and it’s unclear. It’s one of those stories where no one knows the truth. Even the court case didn’t reveal the truth.”

The film takes the position that a friendship developed between Hoffman and DeLorean that would save the car engineer from jail. “In the end there is a side to the movie that is a bromance,” explains Hamm. “Man meets man. Become friends. One betrays the other then needs to decide what value to place on that friendship.” 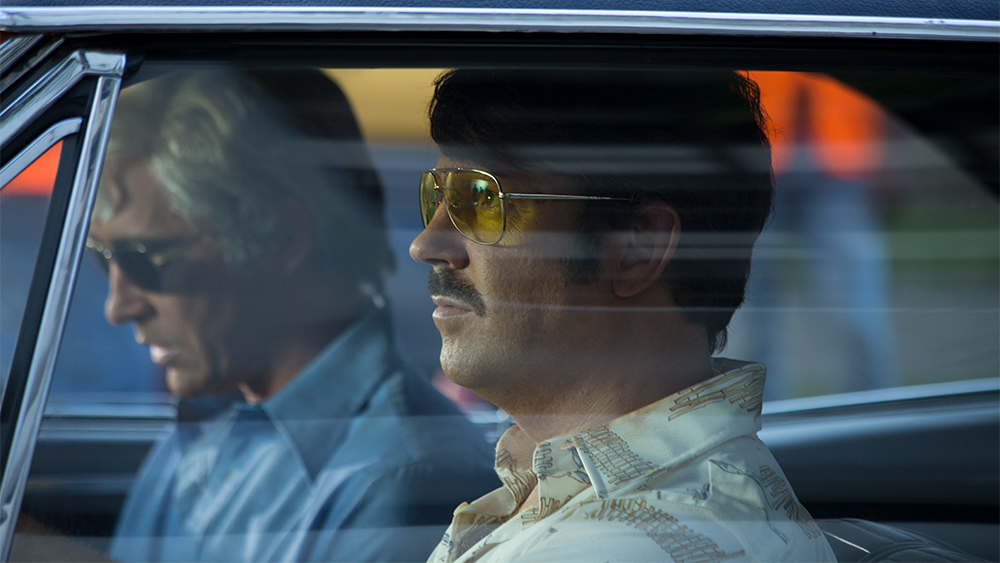 But would the cocaine deal ever have happened if the DeLorean dream car sold as planned? Seven thousand were built and only 1,000 were sold off the production line, as car enthusiasts soon started to criticise the build quality and joked about the cars inadequacies. Those looking to buy a DeLorean today do so because they want a piece of classic movie rather than automobile history. They want a time machine rather than a dream car.

When the Driven shoot started in Puerto Rico the director may well have wished that he had a time machine himself. Filming on the project had started when Hurricane Maria devastated Puerto Rico on September 20 2017. It was the deadliest hurricane to hit the island for over a century the cast and crew were evacuated.

It seemed that even 13 years after DeLorean died from a stroke his curse had struck again and this would join the long list of films over the course of three decades that have tried and failed to put the DeLorean story on screen.

“We are shooting and we are 5 days in and those hurricanes produce a weird psychosis as you can predict their arrival to the hour,” recalls the director. The crew were evacuated. As it became apparent that a catastrophe had hit, Hamm faced a decision worthy of DeLorean: did he take a risk and pursue his dream of making the film or stay in the safety of Los Angeles? “I was scared to go back,” he says. “There was no heroic act. I’m sitting on the plane five days after the hurricane hit and the entire plane is full of FEMA, the military and Christian relief workers. The captain came around saying he would like to thank everyone and I said, I’m not a relief worker, I’m just a guy trying to make a movie.”

With water, gas and lighting scarce, much of the film was shot with the knowledge that they only had three takes to get a shot. “There was something in the eyes of those actors because they had no comfort zone. It had a magic that illuminates and gives scenes an energy.”

The film production became part of the relief effort, earning $250,000 for those affected. There was also the fact that, “We had 400 people relying on us for their pay check. Also the fact that we were the first film to go back meant other films followed us. That’s why it’s a good story to give back something functional, economic and real.”