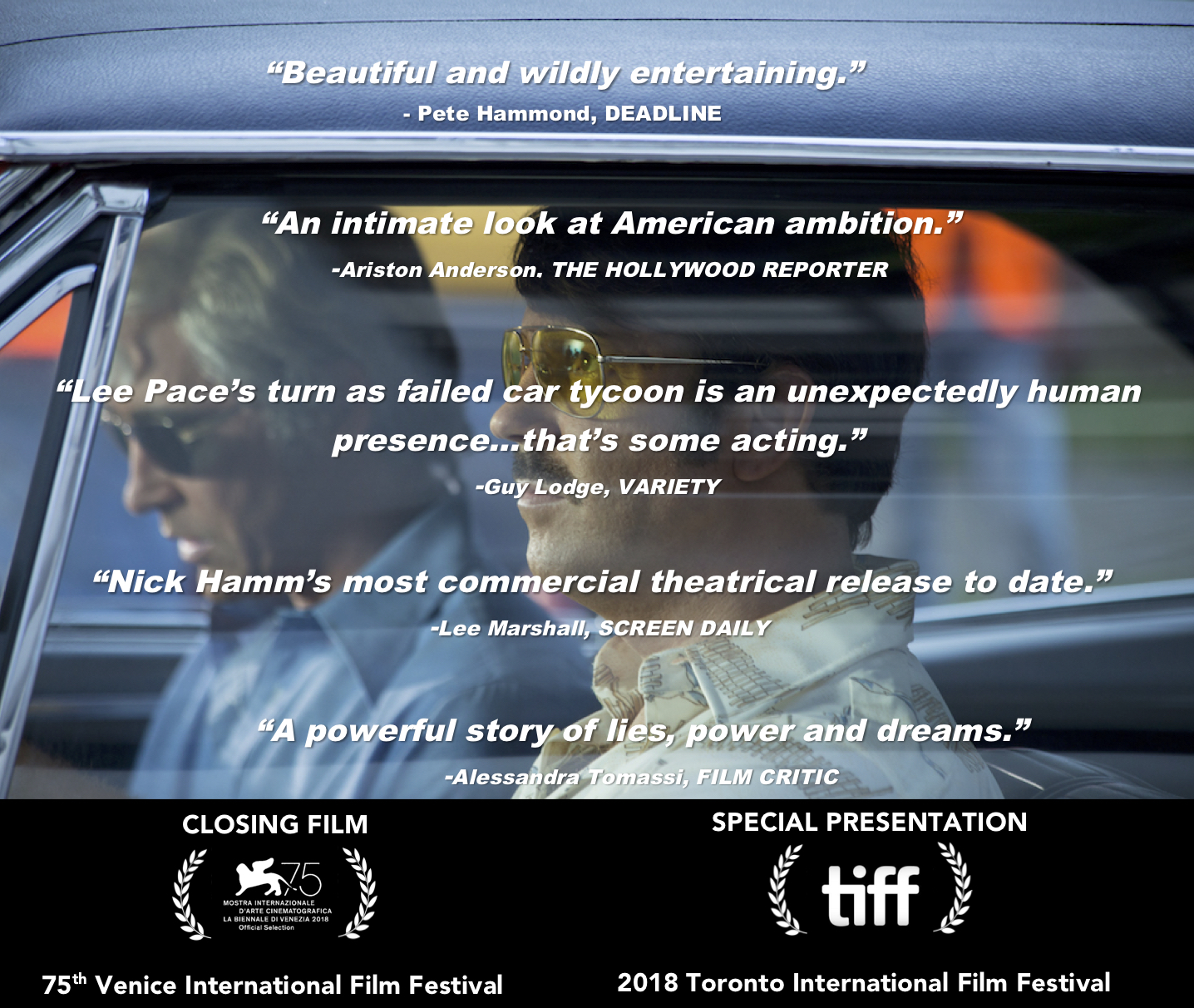 California. 1977. Playground of the beautiful, rich and famous.

Under pressure from his FBI handler (Stoll), Jim yearns for DeLorean’s perfect life from across the street.

But as the two become close friends, Jim soon discovers that the celebrity CEO’s new company isn’t all it appears, and just how far DeLorean will go to achieve his dream.

Friendship and betrayal. Ambition and greed. Success and failure.

DRIVEN is a character driven shell-game and comedic wink to the world of power suits, disco and vice.

Take a look behind the scenes in the making of DRIVEN, shot after Hurricane Maria in Puerto Rico, 2017.
Director’s Statement
THE JOURNEY COMING SOON: WHITE LINES